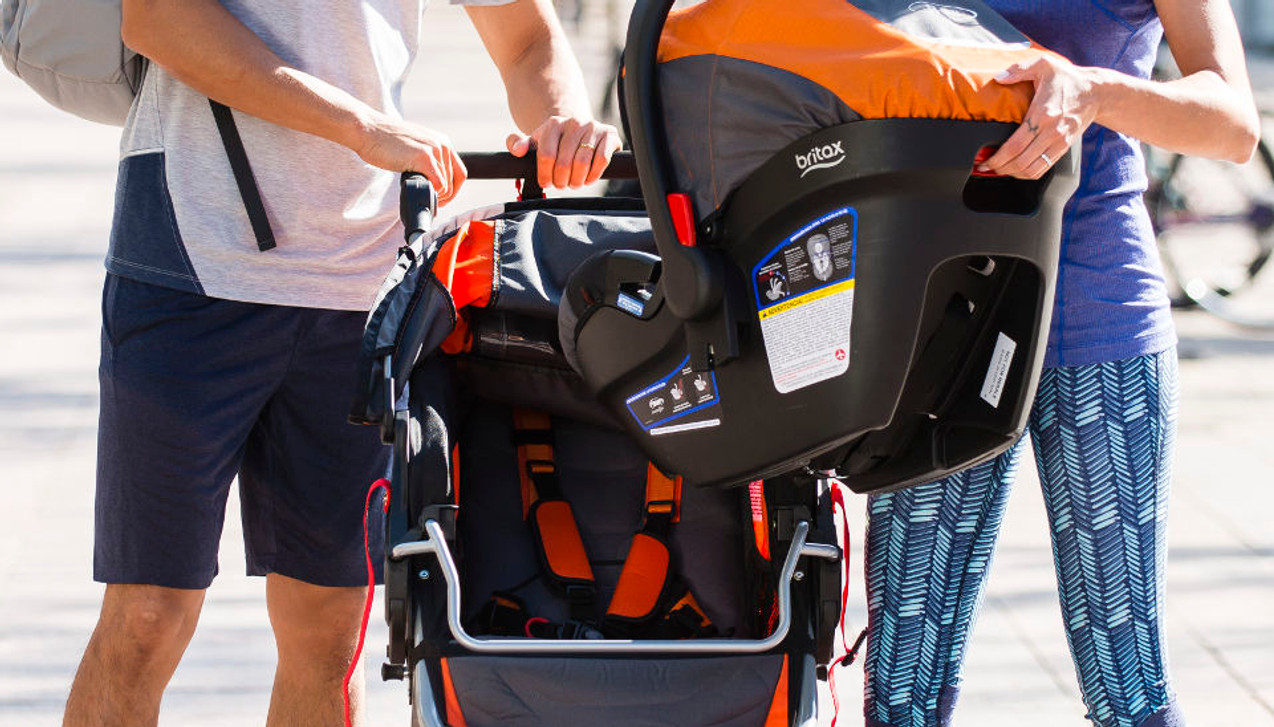 Thinking about purchasing, or already own, a 2006-2010 BOB Duallie Stroller or a 2005-2010 BOB Single Stroller and want to use an Infant Car Seat Adapter (ICSA) with it? Here are some things to consider:

Finding compatible infant car seats for the older Infant Car Seat Adapters, Single & Duallie, has become problematic since BOB no longer supports these products. While we can not recommend or endorse the use of certain newer model car seats with these older adapters, there are those that have found success with such brands as the Britax B-Safe, BOB B-Safe, Chicco KeyFit, and even the Graco SnugRide Click Connect seats. None of these are on BOB's list of compatible seats because they have never been tested or approved by BOB. It is a judgement call for the user to determine if it will meet their needs. Please refer to the Car Seat Compatibility Chart found in the appropriate owners manual. See Retired Products User Manuals.

If you decide to try the CS0701 Single ICSA with a BOB or Britax B-Safe Seat, we recommend referring to the Graco section of the Owner's Manual (page 7, step 40) because the bottom of the older Graco seats are more similar to that of the newer BOB/Britax B-Safe Seats.  The Britax installation instructions refer to the much older Britax Companion seat which is no longer in production and, therefore, no longer relevant.  Users who have had success using these B-Safe seats had to remove the accessory bar (step 40) on the adapter in order for it to work.

We recommend finding a 2011 or newer BOB Stroller if you need to use an infant car seat adapter. This way you can use the current 2011 and newer BOB Infant Car Seat Adapters and associated compatible infant car seats. Many of the early 2011 model BOB Strollers were manufactured in late 2010. Check our Model Year Reference page to determine the model and year. If the stroller serial number correlates with models indicating 2010/2011, it is a 2011 for all intense purposes. If you don't know the serial number of a used stroller you are thinking about purchasing, simply refer the seller to the link above. We highly recommend acquiring the serial number of any used stroller, prior to purchase, to verify model year.

There are no adapters available for these much older strollers. There used to be a retro-ICSA (CS0506) compatible with 2002-2004 BOB Single Strollers, but they sold out so long ago that we have no idea where to find any at this point, new or used. The 2005 Duallie Strollers did not not yet have a compatible adapter.