*Manufacture date is independent of model year. Model year is based solely on the Serial Number. If you have a stroller that was manufactured in late 2015 and your Serial Number does not fall within the range of numbers listed above, your stroller is likely a 2016+ model. In which case, please see the associated 2016 fabric product pages.

BOB (Britax) does not have a seat replacement instructional video for the 2011-2015 model year strollers. However, they do have one for 2016 and newer which can be viewed here.  There are some subtle changes between these model years, but you may find this video very helpful. They do remove both sides of the fold release cable and shock release pins, but only one side is necessary with 2011-2015 models...read on.

Tips for removal of old seat and installation of new seat: Take some digital images of the key attachment points of the hardware so you will know how and where to put everything back upon installation of the new seat. Remove all of the associated hardware and place in a jar for safe keeping (in case new hardware is not included). Dismantle only one side of the fold release cable from the back of the shock release pin prior to removing the old seat (*see this video, ~1 minute in). There is no need to remove both sides of the cable. You just need to pull it out from the nylon loops under the old seat. You can leave it dangling from the side on which it is still secured until you feed it through the nylon loops under the new seat.

*Video link is for Swing Arm replacement, but the section relevant to the fold release cable starts about 1 minute into the video. 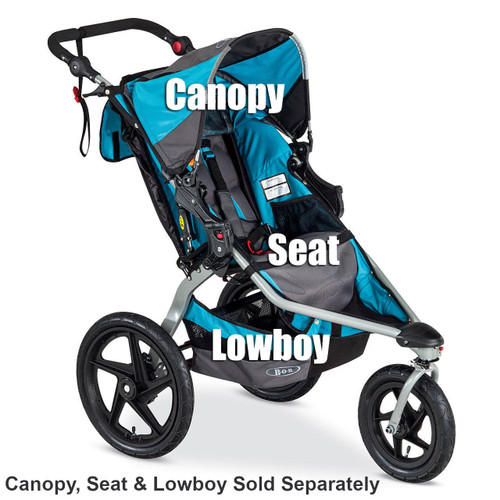